Even as Lagosians have become more cautious of handshakes and hugs in the days after the Ebola virus disease began claiming lives in the city, many citizens still gather in public to have fun and enjoy live music.

For the patrons and followers of the monthly live music Afropolitan Vibes at Freedom Park, Friday August 15 would not be forgotten too quickly.

When veteran rapper Weird MC took to the stage to perform her legendary hit songs Allen Avenue and Ijoya, all they could do was applaud as she shared fist bumps all around with the audience.

“Forget Ebola,” she said, ‘make we chop knuckle” as she greeted the fans before getting them in the groove and making sure they understood that she still “own[ed] the dance.”

While we danced, it was easy to forget about all the bad news and just revel in the moment. After all, the spirit of Lagos cannot be cowed by any “gaddem” disease.

Other performers on the night were Show Dem Camp, Isedale and founder of the Afropolitan Vibes, Ade Bantu and crew.
Next base jare.

Posted by Unknown at 11:38 PM 4 comments: Links to this post

It has been two years since the massive anti-subsidy removal demonstrations that held Nigeria to a standstill in January 2012. Looking back through my archives, I discovered these images with Nigerian celebrities - singers, musicians, actors, comedians and rappers - who stood with the masses against injustice and insensitivity of the Goodluck Jonathan government.

They spoke out at Ojota and used their image to draw people out to the streets in protest. Today many of them have forgotten. But some are still in the fight. This post is to remind everyone involved that there's still a lot to fight for. 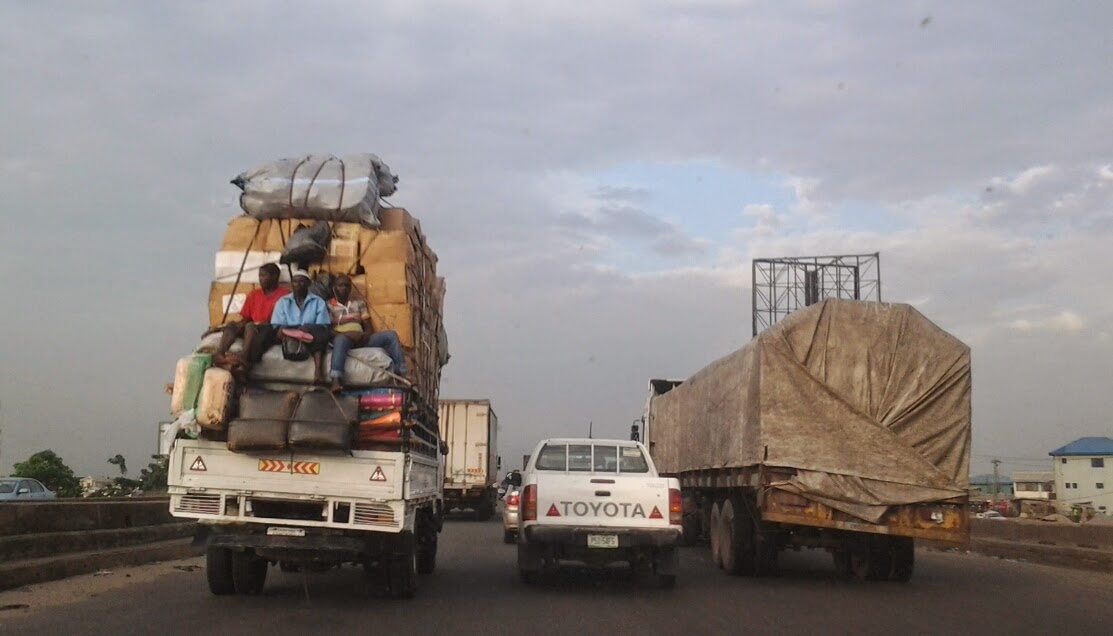 Hiking on the back of trucks is a common means of travel for many poor people who come to Lagos in search of the good life. The bulk of them come from the North and become porters, fetchers of water and other menial jobs.

They too are the earth's.
Posted by Unknown at 4:04 PM 3 comments: Links to this post 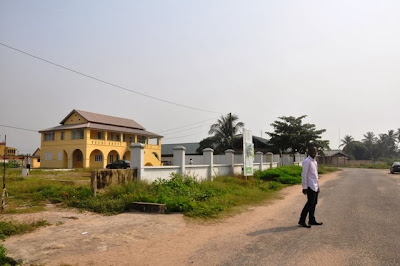 Glad to be back on the blog this year and my first post is about the building in the background and its relationship with the history of my country.

This year marks a century of the existence of the entity called Nigeria. In 1914, British colonial governor general Lord Frederick Lugard amalgamated the Northern and Southern Protectorates to form one unified Nigeria.

It was this building in Badagry where Lugard's HQ existed and it was here that he signed the declaration of amalgamation. It stands as a monument to our past and could help shed light on our future.

As the Federal Government of Nigeria is set to celebrate the country's Centenary this year, this building will come back into great focus. It has already undergone renovation preparatory to the activities that will hold in and around it.

A hundred years after the amalgamation of Nigeria's many peoples, tribes and races, lots of suspicions, misgivings and animosities are still evident in my country.

Was Lugard right in bringing us all together without our consent?

Perhaps the National Conference being proposed by President Goodluck Jonathan this year will be able to help heal our wounds.