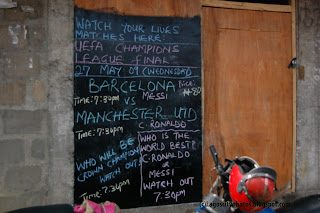 Tomorrow is the UEFA Champions League final match between giants Barcelona and Manchester United at the Wembley Stadium in London.These photos I shot on the streets of Lagos in 2009 when the two teams clashed. Above, a board in Ojota advertises the clash while below, a group of Barcelona fans take to the streets before the game. An article on international football site Goal.com published the images today and you can read about African support for the teams here. 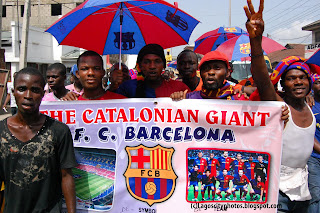 If you're wondering where my support is, I am backing Arsenal to win the game, lol. It shows that I really don't mind who wins as long as they both play good football.
Posted by Unknown at 1:31 PM 2 comments: Links to this post 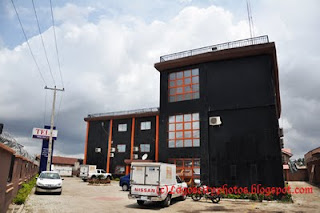 This is the corporate headquarters of TELL magazine where I work. We're 20 years old this year. I was about ten when the first edition of the magazine hit the streets in April 1991. The same issues that were treated in 1991 are still in the media today. Sometimes I wonder if journalism changes anything.

Here's an article I wrote about the anniversary last month.
Posted by Unknown at 7:03 AM No comments: Links to this post

Duro Ikujenyo and the Age of Aquarius 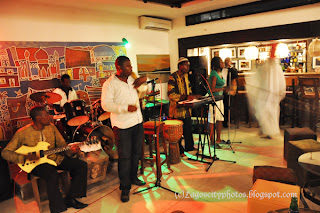 Fela disciple Duro Ikujenyo (playing the keyboard) and his band the Age of Aquarius perform every month in Ikoyi, a wealthy suburb of Lagos. His performances are a mix of jazz, highlife and Afrobeat. Come, sit down and listen to good quality music away from the hustle and bustle of the city. And you might also run into international recording stars like Keziah Jones in the audience.
Posted by Unknown at 1:22 PM No comments: Links to this post

Email ThisBlogThis!Share to TwitterShare to FacebookShare to Pinterest
Labels: Afrobeat, Duro Ikujenyo and the Age of Aquarius, Fela, Ikoyi, Lagos 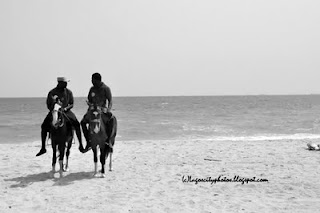 Two horsemen at the Eleko Beach in Lekki talk while they wait for tourists to hire their animals for jolly rides
Posted by Unknown at 7:47 AM 2 comments: Links to this post

Osama Bin Laden and the media 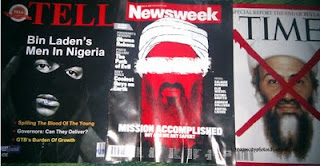 Last week it was the Royal Wedding that made the cover of the magazines I subscribe to, TIME and Newsweek. This week, both magazines and TELL where I work, have all gone the Bin Laden way.

TIME put an X on his face, the fourth time they have done so in their history with some previous recipients being Adolf Hitler and Saddam Hussein.


TELL delved into the range of al Qaeda-like activity that has been going on in northern Nigeria.


One thing is certain, the world is rid of one more terror monger.
Posted by Unknown at 4:28 PM No comments: Links to this post 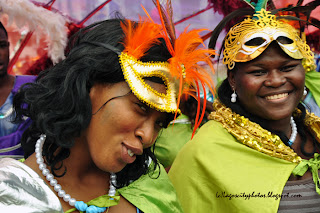 Beautiful faces, cool costumes, warm weather and what you get is an ecstatic crowd out to watch the floats of the Lagos carnival 2011. A little less elaborate this year and, I dare say boring, most of the costumes were just a rehash of last year's. I guess the prolonged election season caused it. Here are two shots that I really liked from my collection. 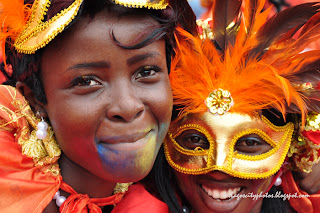 Posted by Unknown at 9:31 AM 3 comments: Links to this post