Son of FELA, Seun Kuti was in Accra last Tuesday as part of a 13-city tour of West Africa with his 14-man Egypt 80 Band. Nice music, as usual, political as ever and it was really nice to meet him in person. Humble dude, he opened his hotel room for me unannounced quite late when I went seeking for an interview.

He is presntly promoting his maiden album Many Things which came out last year. He performed his own songs as well as his father's big hits Army Arrangement, Suffering and Smiling, etc to the delight of the multicultural audience.

I first saw him perform in Lagos in 2005. His act has since matured.

Personally, I think Afrobeat is like listening to Adams Oshiomhole's political speeches during his labour days on a dance floor. It is intense.
Posted by Unknown at 2:02 PM 10 comments: Links to this post

Football to die for 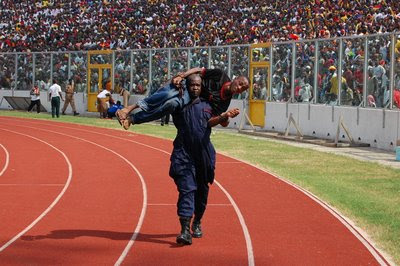 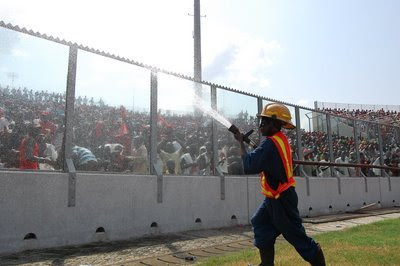 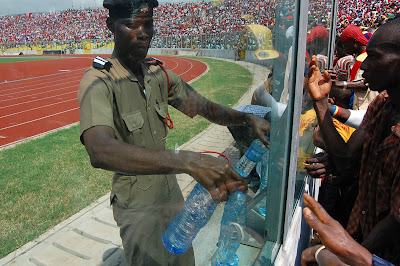 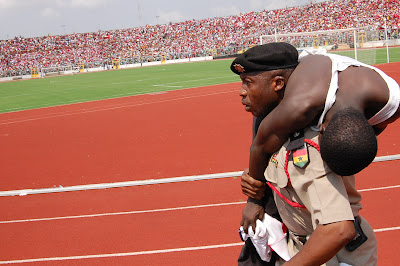 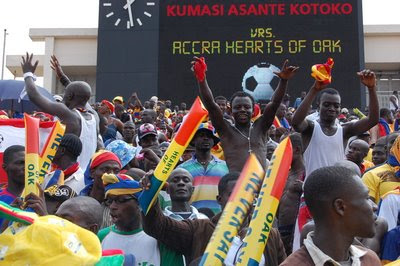 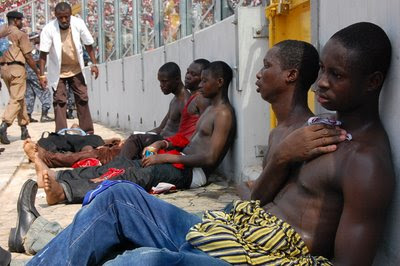 Lats Sunday February 8 I was at the Baba Yara Stadium, Kumasi in Ghana to watch the biggest football league rivalry in West Africa. It was a match between Accra Hearts of Oak and Kumasi's Asante Kotoko. Game ended 2-1 in favour of the visitors Hearts.

But there was much more to it. In 2001, 126 fans lost their lives in a stadium stampede involving both teams. This time around, many fans fainted and it's reported that as many as four fans may have died due to dehydration. I was there with my new Nikon D40 and I took some very painful pictures of fans collapsing under the searing 40 degree heat.

At that moment in time, water became like gold as many were willing to kill for it. Only the strong could survive. Men of the fire services had to be drafted to spray water into the stands when bottled water ran out.

I almost passed out myself while taking shots in the press of bodies.
Posted by Unknown at 3:55 PM 8 comments: Links to this post