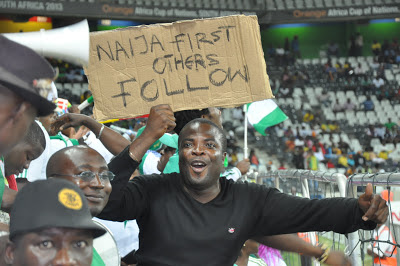 I am reporting the 2013 Africa Cup of Nations in South Africa for football website Goal.com Nigeria where I work full time. It has been an exciting time in Nelspruit/Mbombela where the Nigeria national football team are based. I arrived late in the city for the Group C opening matches on Monday but I was able to catch a few photos of fans who'd come from all over the continent to cheer their teams to victory.

By far the most boisterous are the Ethiopian fans who returned to the tournament after 31 years. Many of them drove all the way from Addis Ababa to witness this grand occasion. They were rewarded for their enthusiasm as their team drew 1-1 against defending champions Zambia on Monday night.

Nigeria fans were left disappointed after Burkina Faso scored late to earn a 1-1 draw in the second game.

Here I present a few of my photos. 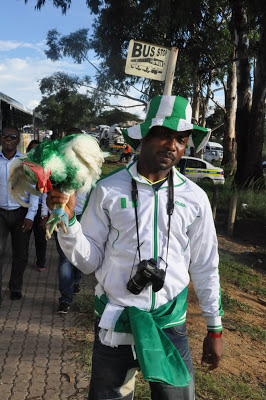 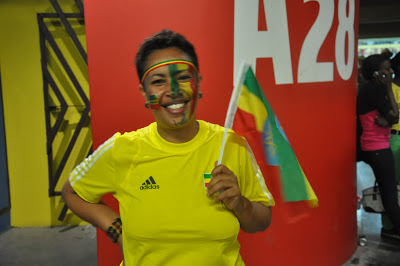 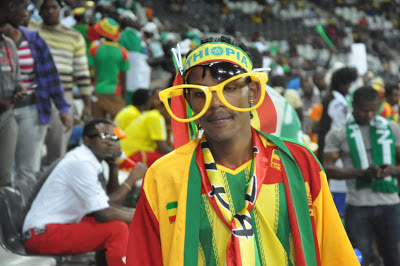 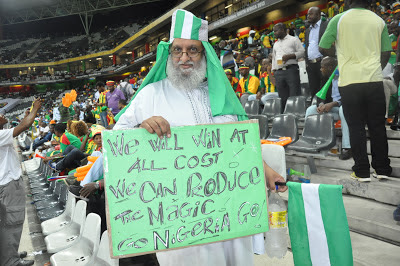 Posted by Unknown at 11:51 PM 2 comments: Links to this post

In 2011, I received an email from James Ferguson, an executive at Signal Books in the UK that they needed photos for a book they were going to publish about Lagos.

They had seen my blog and wanted to know if I could produce photos for the seminal volume they were working on.

It took two years of work for them and I'm glad to present Kaye Whiteman's LAGOS to everyone.


The book chronicles the history of the city, explores its many different founding stories, founders, tradition, lore and culture.

When I was approached by the publishers to provide them photos for the book, little did I know that it was going to turn up in this well-written, beautifully bound and packaged volume.

Whiteman, a columnist at Businessday newspapers, has painstakingly produced a work that would continue to be a reference point for many years. He explores the city in all its ramifications - the good, the bad and the ugly.

The author sheds light on the history of the city and how it has since the 17th century become a magnet for many.

He also explores its modern day image as a commercial centre, a growing metropolis, a cultural capital for West Africa and a city that still has its traditions at heart.

This is the book that you need to have in order to understand this beautiful city of ours better.


Posted by Unknown at 5:10 PM No comments: Links to this post 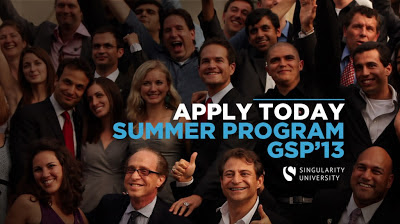 Nigerian innovators, entrepreneurs, academics and scientists have been invited to apply for an opportunity to win a $30,000 scholarship to attend the Graduate Studies Programme of the Singularity University, California, USA.

This contest is open to academics, scientists, and entrepreneurs from Nigeria, who are ready to transform their innovative ideas into reality. It is an exciting opportunity to present their ideas for the future.

The Graduate Studies Program (GSP13) at Singularity University is a ten-week interdisciplinary program which brings together entrepreneurial leaders and top graduate and postgraduate students from around the globe to explore solutions aimed at solving some of the world's most pressing challenges.

Emem Andrew, a Nigerian former staff of SHELL who was class speaker for the 2010 edition of the Graduate Studies Programme, is the promoter of the scholarship:  “This is your chance to share your ideas on how we could use technology to change the lives of 10 million Nigerians in 5 years and win a scholarship to Singularity University at NASA AMES, California. This is your Eureka Moment. Innovate.”

The deadline for entries is January 21, 2013. The contest is intended for individuals or teams. A candidate cannot be a member in more than one team and team size is unlimited, though teams of 2-4 are recommended.

Interested applicants can find more information on how to apply via: http://impactexponential.com/index.php/impact-nigeria-10-7

Emem Andrew can be contacted via email: emem.andrew@singularityu.org or via Skype: EmemAndrew
Posted by Unknown at 10:10 PM No comments: Links to this post